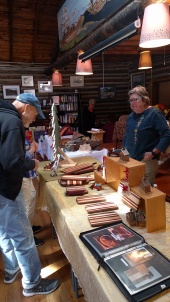 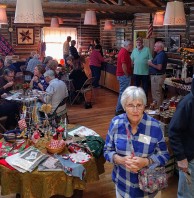 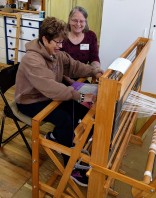 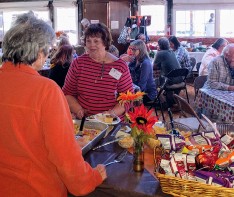 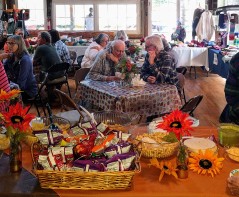 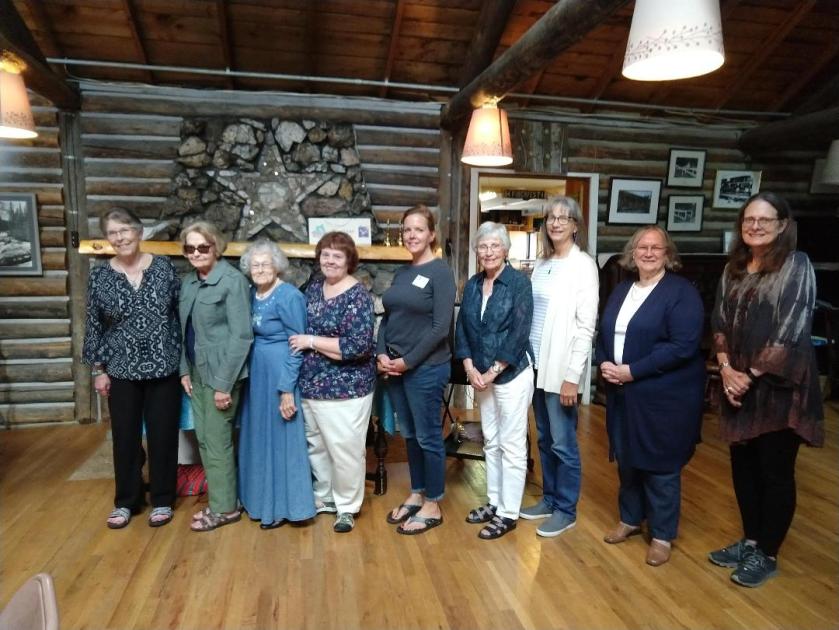 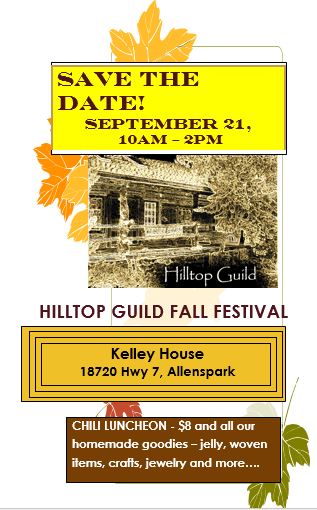 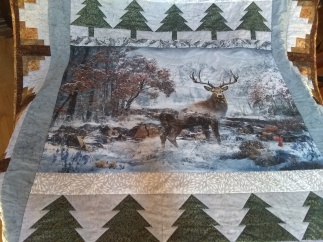 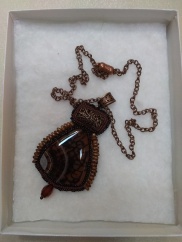 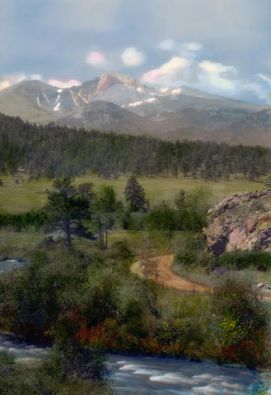 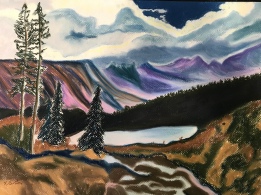 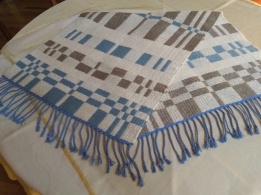 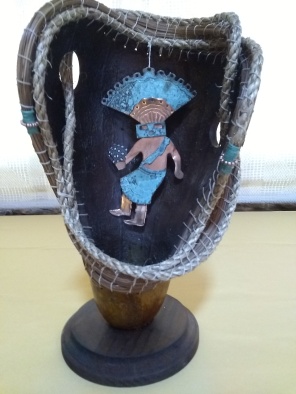 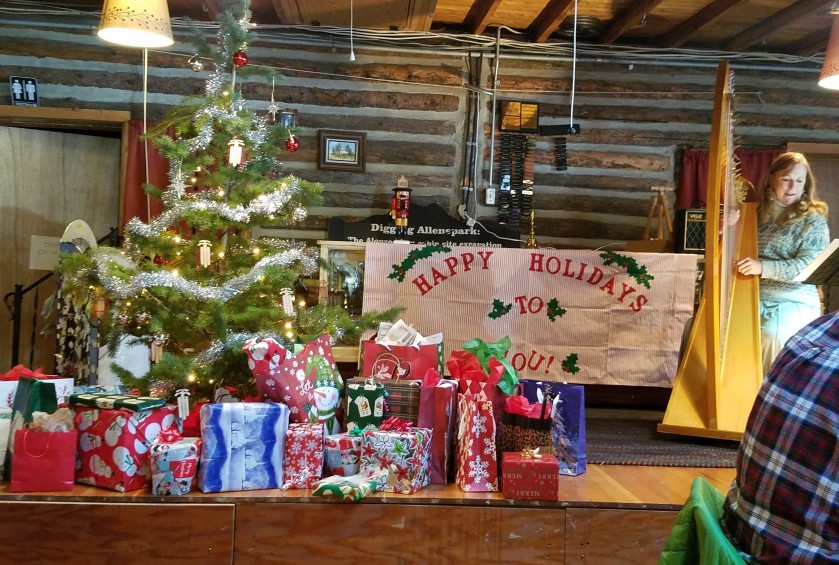 The three big snow storms of October were followed by four littler ones in November, but the total of more than five feet (well, it mostly melted) were no deterrent to the revelers who came to the annual Christmas Party at Kelley House on December 1, 2018!  It was the second year that the Area Club joined Hilltop Guild in sponsoring the event for the members of both groups and their guests.   75 people enjoyed a feast prepared by the hostesses, Joan Donovan and Laura Dever, who shopped, decorated, cooked and served  roast beef, turkey, ham, three kinds of potatoes, vegetables, myriad desserts and beverages.  The rolls were home made by Kris Bhatti, as well as the chex mix that accompanied warm wassail and cold punch at the social hour that preceded the main course.   The tables were festive with a theme of Winter Sports, and many attendees lent their real and miniature sleds and skates and skis and skiers, nestled in greenery harvested on the Kelley House grounds.  This year, Karolee McLaughlin brought her harp and played background music during the social time and dinner, and led carol singing afterward.  There was also a gift exchange and many of the participants went home with beautiful reminders of the special event. 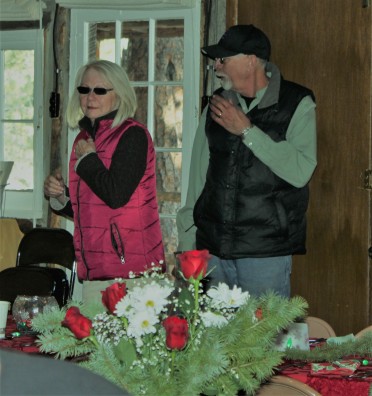 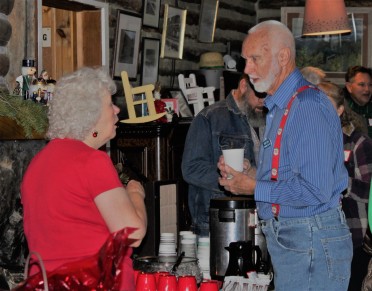 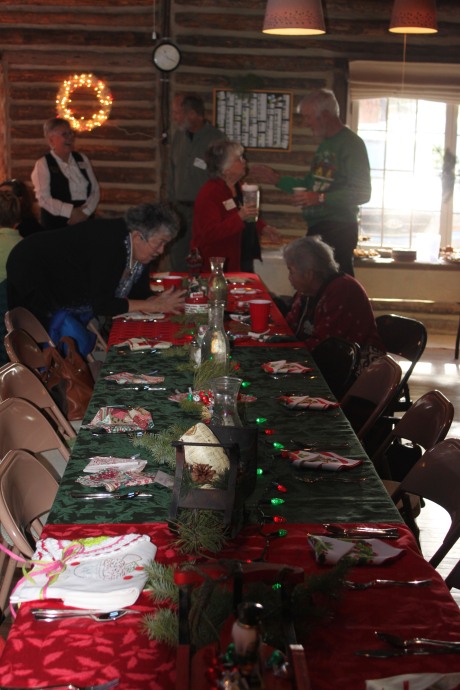 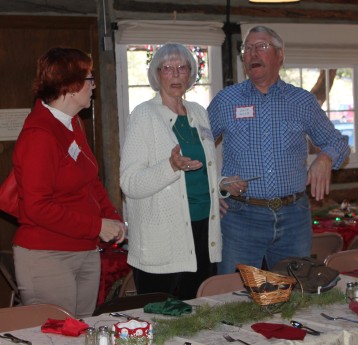 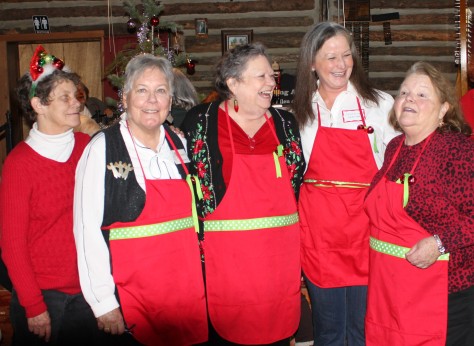 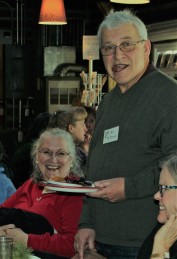 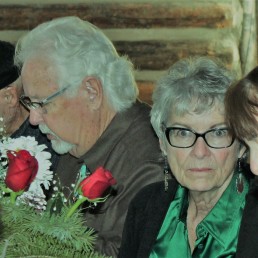 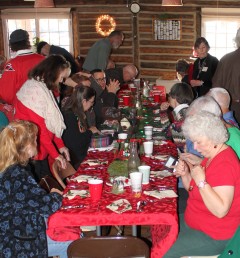 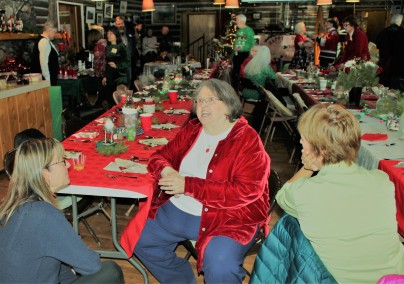 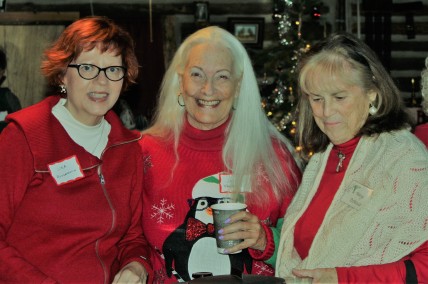 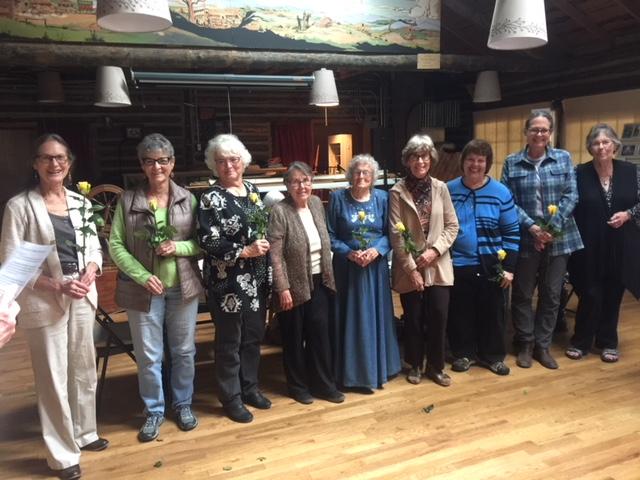